After publishing our review on the Amazfit GTR about two months ago, we noticed that a lot of people found the Amazfit to be a very interesting smart watch. We received a lot of feedback and additional questions through the socials (thank you!). Of course, I kept wearing the device and kept receiving compliments (on the watch) and even an offer to buy it from me. Amazfit also released new firmware on the watch introducing Always On Display and additional watch faces. Next to that, the GPS of the watch started to annoy me a bit. Sufficient motivation for an update on my experiences and findings on the Amazfit GTR.

This is a follow up review on our review of the Amazfit GTR 47mm. Make sure to check out the original review as well, it covers the basics and core functionalities of of the smart watch.

How I used the Amazfit GTR

My main uses for GTR are notifications, tracking activities and checking the time. I tried to use it as well for sleep tracking, but after a couple of nights I stopped wearing it. During that time I quickly found out I really didn’t like wearing any watch or band during the night.

I found the function to display notifications on the watch to be very useful. Unfortunately, as I mentioned in the original review, the app does still not support every app to be configured individually. Another point of improvement is how emoticons and images are displayed on the watch, because they are not. Pictures will just display an empty message. But for emoticons, it is worse: the emoticon, which can set or change the tone of a message, is not shown at all on the watch. Having at least a placeholder for pictures and emoticons would be very useful.

I used the Tracking activities mainly for Walking and Outdoor Cycling. During these activities the GPS tracks the trail and heart rate, pace, intensity and distance is measured. When the activity mode is active, there is no way to check the time, except when you pause the activity (There is, just swipe left). Further, activity tracking works well (except for the GPS, which I will discuss in a moment).

The version of the Amazfit GTR we reviewed in august was the 47mm variant, but there is also a 42mm version. Both versions are available with an aluminum alloy and stainless steel alloy case.

The case and the glass have fortunately not been scratched at all. Sure, I am careful with the watch. But when wearing a device all day, you cannot always avoid bumping and scraping the watch to some extend. However, the watch face and case do not show any major scratches or damage.

The band shows some wrinkles from wearing and closing the clip, and some minor scratches. But nothing too bad. The leather band still looks decent enough for me to keep it wearing with the watch. I have been browsing on Gearbest for a different band, but I think I will replace the current band eventually but only when it wears out. But maybe in a while I will change my mind and choose for a different type of band.

During the past couple of months, Amazfit has released two firmware updates. Releasing these kind of updates for smart devices is not uncommon, and it is good to know the software of the GTR keeps getting improved. I haven’t been able to find a changelog that contains all the changes, but Amazfit has even added some new functionality. So Amazfit: keep up the good work!

The biggest change introduced after the firmware update is the Always on Display. Just like the newer Apple Watch, the GTR now has a function to keep the display on all the time. When not using the watch or showing the actual watch face, a different watch face is shown. It can be compared to a screen saver, but the goal is to show basic information to you all the time. You can activate it in the settings menu, and you can choose between a digital and a pointer dial.

The layout of both faces are rather simple: Amazfit maximized the black surface and pinched on the refresh rate to maximize the energy efficiency. However, turning on the Always on Display has major impact on the battery life: forget those 24 days and be happy when you reach over 7 days. You can easily reach 20+ days of battery life with the GTR, but only if you don’t enable the Always on Display option.

Next to the firmware updates, Amazfit also released a number of additional watch faces for the GTR. That’s pretty cool, because this increases the change you will find the watch face that is perfect for you. I found that I like using watch faces with black elements in the background, because that is where the AMOLED display shows its power.

After the most recent firmware update was installed, getting a GPS signal fix felt a bit quicker. Unfortunately, GPS performance is still not optimal. When you look further into it, this seems largely inherent to GPS in watches. Although some features like AGPS help the watch to obtain a GPS fix quicker, things like the weather and the presence of trees and large buildings can cause the signal to be obstructed very quickly. The GPS function is not unusable, but if you require very high quality GPS data you shouldn’t use the Amazfit GTR. You probably should not use a GPS in a watch at all. I’ve had no problem with the slight inaccuracy of the GTR, and just used it to track and map my activities.

In the screenshots below you can find three GPS logs of hikes I did with the GTR. Every time I took the same path (fourth picture) between the riverside and a number of tall buildings. As you can see, the signal is pretty distorted and I think it is caused by a number of factors, varying from the obstructions from the building, the weather and my carrying an umbrella to the way the GTR records the coordinates and ‘connects the dots’.

After using it for three months, the Amazfit GTR still is a great device and therefore a great buy. The build quality has proven to be very good, only the band obtained some minor scratches. During the past months, Amazfit has released two new firmware versions which added Always on Display and additional watch faces. Activating the Always on Display has significant impact on your battery life, which will only last a week when activated. There are some perks, of which the GPS is the most annoying: it is not always very accurate and the updates have not changed this. However, we still recommend considering the Amazfit GTR when looking for a high quality activity tracker or smart watch.

Will 2021 be the best year for Tuya and Home Assistant? 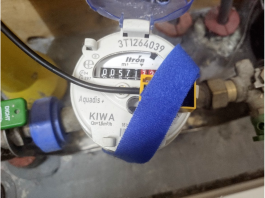 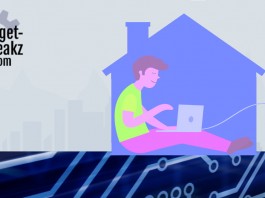 The best Equipment for your Home Office

Chef Gadget-Freak - 8th February 2021
ABOUT US
We ♥ gadgets and home automation. More on us can be found here
FOLLOW US
© Gadget-Freakz.com - All rights reserved
Go to mobile version