As a real gadget freak you know the electronics and software company named Xiaomi. This company is relatively new compared to other tech players like Samsung and Apple, but seems to be a rising star in the market. Let’s dive in the history of the new kid on the block.

A short story about the history of Xiaomi

Xiaomi officially launched its first Android-based firmware MIUI in August 2010. Their software was based on Stock Android and was kind of a mix of Samsungs TouchWiz and iOS.

A year later, they released their own branded smartphone called the Xiaomi Mi 1. This phone was shipped with the MIU firmware. This combination of their own design, production, and software was a great success and therefore more smartphones followed. Their marketing strategy was daring: they choose not to use traditional advertising but focused on word-of-mouth advertising via social media. They only sold their products online and via partners.

These choices saved them a lot of the usual costs it takes to bring a new product to market. They used this to keep the product pricing attractive. After setting base and conquering the Chinese market they started expanding geographically, first the rest of the Asian market (2014) and later Europe (2016) by opening a store in Spain.

They also expanded their assortment of establishing partnerships and expanding their product catalog with more smartphones, smart bands, power banks, lighting, home automation, and tons of other gadgets.

What I tell my friends about Xiaomi:

Most of the Xiaomi stuff can be bought on China shopping sites and on Gearbest. 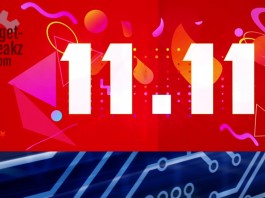 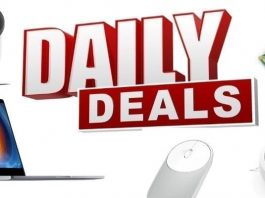 The best discount coupons and deals

11 November: Take your chance on the Singles Day Sale

Chef Gadget-Freak - 6th November 2019
ABOUT US
We ♥ gadgets and home automation. More on us can be found here
FOLLOW US
© Gadget-Freakz.com - All rights reserved