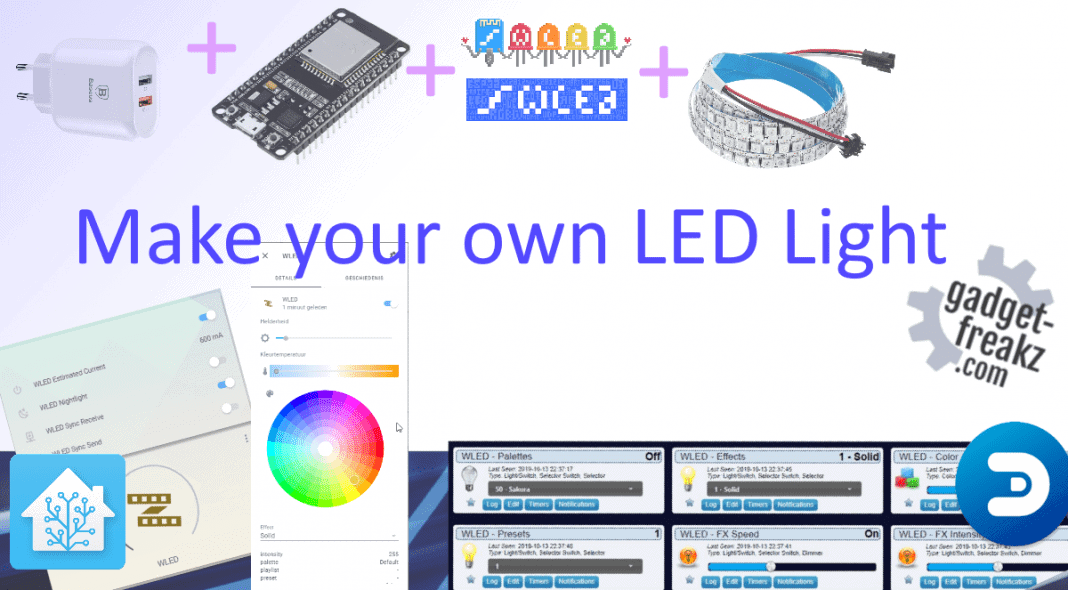 I have a lot of led strips around my house but none of them where addressable, which means a strip has the same color over the whole length. But on my searching for new things to explore, to test and write about, I found something nice: unique addressable LED Strips. I looked at several video’s and I knew that this would be awesome!
The ws2812b led strip is cheap, can be attached onto a esp board that act as a controller and with some open-source software flashed to it, the possibilities are endless.
Several ideas popped up: Parking sensors, DIY Ambilight, lights that react on music, lights with messages on it, DIY LED lights that acts as HUE’s or candles. So I ordered a bunch off stuff on Banggood and a week later I had a desk full of products.

In this article we try to explain how it works, how it can be integrated in your smart home and we give some examples to inspire you.

What did we ordered to start?

Of Course you start with an ws2812b led strip. But they come in different variants:

What they all have in common: the ws2812b led strips are affordable and highly available.
We chose some 5v variants for indoor usage:

ESP8266 and ESP32 with 4mb memory can act perfectly as controllers. The esp chips are widely available on Aliexpress and Banggood, under several brands in several forms. I prefer the NodeMCU, because the pins that are already attached to it.
The ESP32 is the successor of the ESP8266 and advantages of the ESP32 over the older ESP8266 are: A faster dual-core processor, Bluetooth, touch sensors and hardware encryption and code signature.

The ESP8266 for this project is just fine and a little bit cheaper, but if you want to re-use the controller for another project in the future you’ll be better off with a ESP32.

When using 2 meter (or less) LED strips (with 60 LEDs per meter) the Nodemcu delivers enough power. In the software you can enter the amount of leds your have and it calculates the needed power supply.

An example of my strip of 1 meter with 144 leds in WLED:
LED count: 144
Recommended power supply for brightest white:
5V 9A supply connected to LEDs
(for most effects, ~3A is enough)

Be sure you connect the right pins. in esp8266 it’s D4, I toasted 2 ESP32 boards when connecting the wrong pins. OOPS!

Some features of WLED:

Steps to install WLED on your ESP controller

Download the latest release for your ESP from https://github.com/Aircoookie/WLED/releases

Flash your ESP on you computer

upload the downloaded zip file to your ESP. If you are flashing a esp32 you have to hold the boot button on the esp while flashing.

Unplug and connect it to a USB charger

When flashing is ready and the ESP is booted you are ready to setup. The ESP has an integrated Access Point functionality.
Pick up your phone, go to the wifi settings and find the new WIFI network: WLED-AP.
Connect to the

network using the password   and you get the welcome page automatically. When connected go to the wifi settings, and connect to your own wifi network. Here you can set the mDNS address, for example: wled1. When your router supports this, you can access the WLED by entering: http://wled1.local in your browser. If this doesn’t work you can always use the IP. (It’s best to give it a fixed IP in your router).

The website is responsive and works out of the box on every device and browser. But beside the website you can also use native apps: WLED iOS App WLED Android App

WLED is installed and on. Open settings > integrations. The WLED is automatically found, otherwise you have to click +, choose WLED and enter the name of IP of the WLED.

A dutch guy with the nickname Frustreermeneer made a plugin for Domoticz to integrate WLED.
Source: https://github.com/frustreermeneer/domoticz-wled-plugin.
This plugin can be installed through the plugin installer we mentioned in another article, but can also be installed with the manual steps below.

Once the plugin is started it will create appropriate domoticz devices. You will find these devices on

Discussion about this plugin: https://www.domoticz.com/forum/viewtopic.php?t=29669

IKEA Hack a WLED led strip in a Table light

The IKEA Grono is a 6 euro table light with frosted glass. We don’t use the included lightbulb, because we want to use a 1 meter ws2812 ledstrip. We used a 3D Model to print: https://www.thingiverse.com/thing:4303042
This way we can put the NodeMCU under the glass so you can’t see it. We used the jumper cables so we don’t have to solder, and can re-use everything for other projects in the future. I bend the pins with the jumper wires attached to it, because there was not enough space. The ws2812b LED strip has a 3m sticky side.

xLights is a free and open source program that enables you to design, create and play amazing lighting displays through the use of DMX controllers, E1.31 … WLED can communicate with Xlights. For more information and the software itself: https://xlights.org/

Want to make your own Do It Yourself Ambilight? Than Hyperion is your best option. The software can be installed on a raspberry Pi and receive the frames and send the light commands to your WLED.

Philips Hue has got some new products, one of them is the Hue Play gradient lightstrip. This is a nice strip, but comes with a price of 180 euro and Hue Bridge or Hue Sync Box are a required! So we think a WLED with the components and the software Hyperion is a much cheaper but also a nicer option! 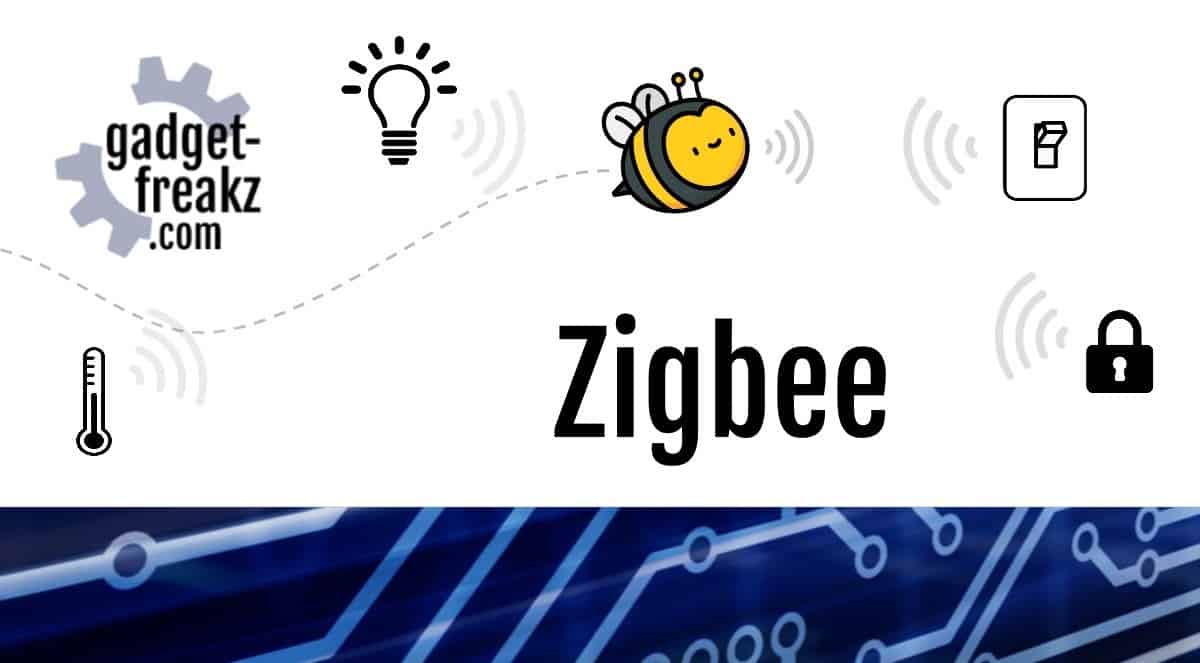